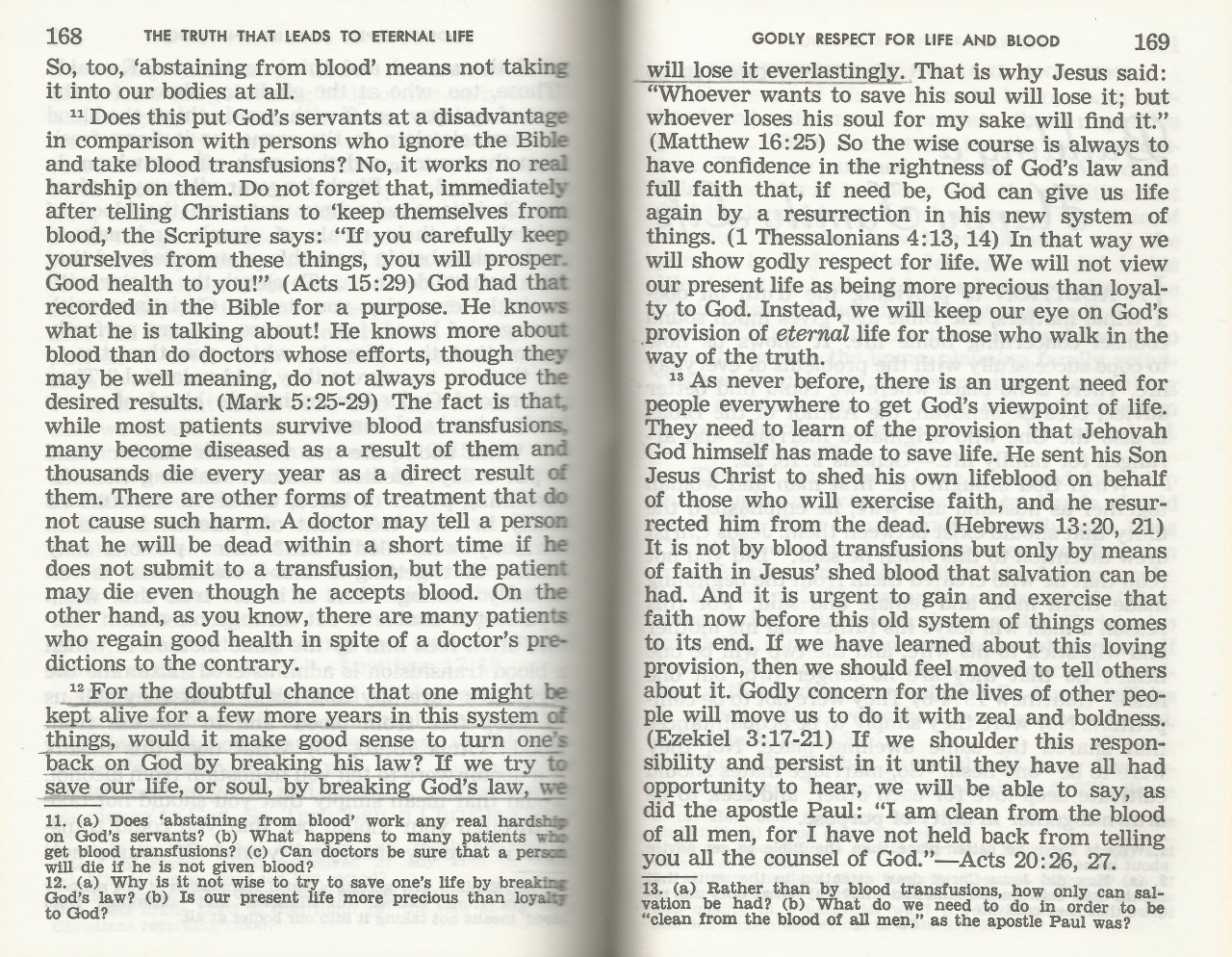 That well known question that came from the lips of Pontius Pilate, in his attempt to shirk responsibility during that mock trial of Jesus, nearly 2000 years ago, portrays a prevailing attitude found today, as 'truth' is being conveyed as a 'relative thing', as according to one's own thought perception or feelings, or even as an elusive concept expressed in the question,'Who knows'?

However, to the Christian, 'truth' is everything. It is to be sought after, revered, protected, and upheld, because it comes from God's word, the Bible, and is cherished as absolute and unchanging.

The religious group known worldwide as Jehovah's Witnesses likewise claims to be Christian and that God's truth is absolute and unchanging and claims to revere it as more precious than anything else.

Every Jehovah's Witness is taught, that to receive a blood transfusion is a violation of God's wonderful truth.

Did you know that within the past twenty years, in Bulgaria, this so called 'politicly neutral organization' which governs Jehovah's Witness members worldwide has 'seamingly compromised' its strong stand against blood transfusions?

According to a communiqué issued by the Secretary to the European Commission of Human Rights in March of 1998, under the heading 'Reports adopted' it states:

(Christian Association Jehovah's Witnesses -vs- Bulgaria) The case concerned the refusal to re-register the applicant association pursuant to a 1994 law, and the alleged suppression its activities and those of its members. In settlement, the Government agreed to introduce legislation as soon as possible to provide for civilian service for conscientious objectors, as an alternative to military service and to register the applicant association as a religion. The applicant undertook with regard to its stance on blood transfusions, to draft a statement for inclusion in its statutes, providing that members should have a free choice in the matter for themselves and their children without any control or sanction on the part of the association.

What does this mean?

It means that this 'apparent change' was merely a deceptive political manueover on the part of the Watchtower and not at all a 'doctrinal change' and was agreed upon by them in order to receive acceptance from the Bulgarian government to practice its controversial brand of religion within that country's borders.

Understand that this was 'win/win' for the 'never politically motivated' Watchtower, yet through political means they achieved permission to exist as a recognized religion in Bulgaria and to continue to spread their false religion of control over their membership without actually changing any doctrinal position.

It is however, 'no win' for a member who chooses his or her legal right to conscientiously object to Watchtower policy.

In other words, a Jehovah's Witness could legally refuse a blood transfusion but would also be consciously choosing to remove himself/herself from association or fellowship with the organization and thereby fall under Jehovah's condemnation.

I am not a Jehovah's Witness, nor do I believe that refusing a blood transfusion is a requirement that God puts on anyone. Moreover, I do not believe that the Bible, read in context, supports such an extreme view. However, I do believe that many people have died; refusing blood; upholding what they have been told is the absolute truth, by a religion that seems to view 'truth' as something that may be manipulated, when it suits its purposes. I see no honesty in that approach to disseminating 'truth'.

We at Doorway Christian Outreach are individuals from various Christian backgrounds united in agreement on the essential beliefs of the Christian faith (1 Cor. 12:14). We want to encourage you in this truth.

Salvation does not come through any organization or denomination.

The wages of sin is death, but eternal life is a gift from God. (Rom. 6:23) In addition, the apostle Paul shares another life settling truth in Ephesians Chapter 2, speaking to all the believers, which assures us that we have been saved by undeserved kindness, through faith in Jesus, and not by even one good thing that we may have done, because it is the gift of God, just as it should be.

Most importantly, let it be declared that it was with great joy that our Lord Jesus gave His blood (His sinless life) in payment for the removal or cleansing of our sinful life. (Heb. 12:2; Rev. 1:5) He did not later change the meaning of the significance of His words and actions. Jesus Himself uttered these words, "It is finished!" and we gladly receive the blessings of His finished work.

We hope that you will too!

To learn even more about this issue click on the link: