The House That God Built 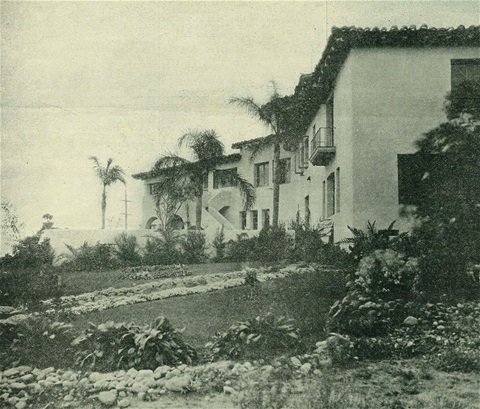 "... we may confidently expect that 1925 will mark the return of Abraham, Isaac, Jacob and the faithful prophets of old... to the condition of human perfection."

Yet even after this bold prediction failed to materialize and even though some of the faithful left the fold, Rutherford did not let it go, but remained adamant in his belief that the ancient worthies spoken of in Hebrews 11 would be resurrected any day. So strong was his conviction, that in 1929 the Society approved the building of a mansion in a prestigious area of San Diego, CA. They named it "Beth-Sarim", which in Hebrew means "House of the Princes."

But for what purpose was it built? Here's how president Rutherford explained on page 311 of his 1939 book "Salvation,"

"...the purpose of acquiring that property and building the house was that there might be some tangible proof that there are those on earth today who fully believe God and Christ Jesus and in His kingdom, and who believe that the faithful men of old will soon be resurrected by the Lord, be back on earth, and take charge of the visible affairs of earth. The title to Beth-Sarim is vested in the Watch Tower Bible and Tract Society in trust, to be used by the president of the Society and his assistants for the present, and thereafter to be for ever at the disposal of the aforementioned princes on the earth. To be sure, everything then on the earth will belong to the Lord, and neither the Lord nor the princes need others to build houses for them; but it was thought well and pleasing to God that the aforementioned house be built as a testimony to the name of Jehovah and showing faith in his announced purposes."

Though this information certainly does not exhaust everything that was said and done in regard to the "House of the Princes", still, in the interest of truth, some observations can and must be made.

First, the faithful princes of old to this day have not returned to take charge of the visible affairs of the earth, and what reason was there, Biblical or otherwise, to believe that God would have His resurrected representatives run his kingdom affairs from San Diego of all places?

Second, a property was purchased and a mansion, complete with swimming pool, was built for Abraham, Isaac, Jacob and the other ancient worthies, and was legally deeded to be forever at their disposal.

Third, the house was built to be a testimony to the whole world.

Last, and I think the most dishonouring claim that was put to print was that the house was erected as a testimony to the name of Jehovah. Why dishonouring? Because that so-called tangible proof known as Beth-Sarim was quietly sold in 1948. How well and pleasing do you think this must be to God?

The apostle Paul gave the following affirmation and instruction to the Christian church at Corinth,

"For we are God's fellow workers; you are God's field, you are God's building. According to the grace of God which was given to me, as a wise master builder I have laid the foundation, and another builds on it. But let each one take heed how he builds on it. For no other foundation can anyone lay then that which is laid, which is Jesus Christ." 1 Corinthians 3:9-11.

In sharp contrast to the house that man built on shifting sand, the house that God built is set on the sure foundation of Christ Jesus, the master builder and cornerstone. It is not built on Watch Tower speculation and repeated disappointment and readjustment.

For much more on this subject click on the link: 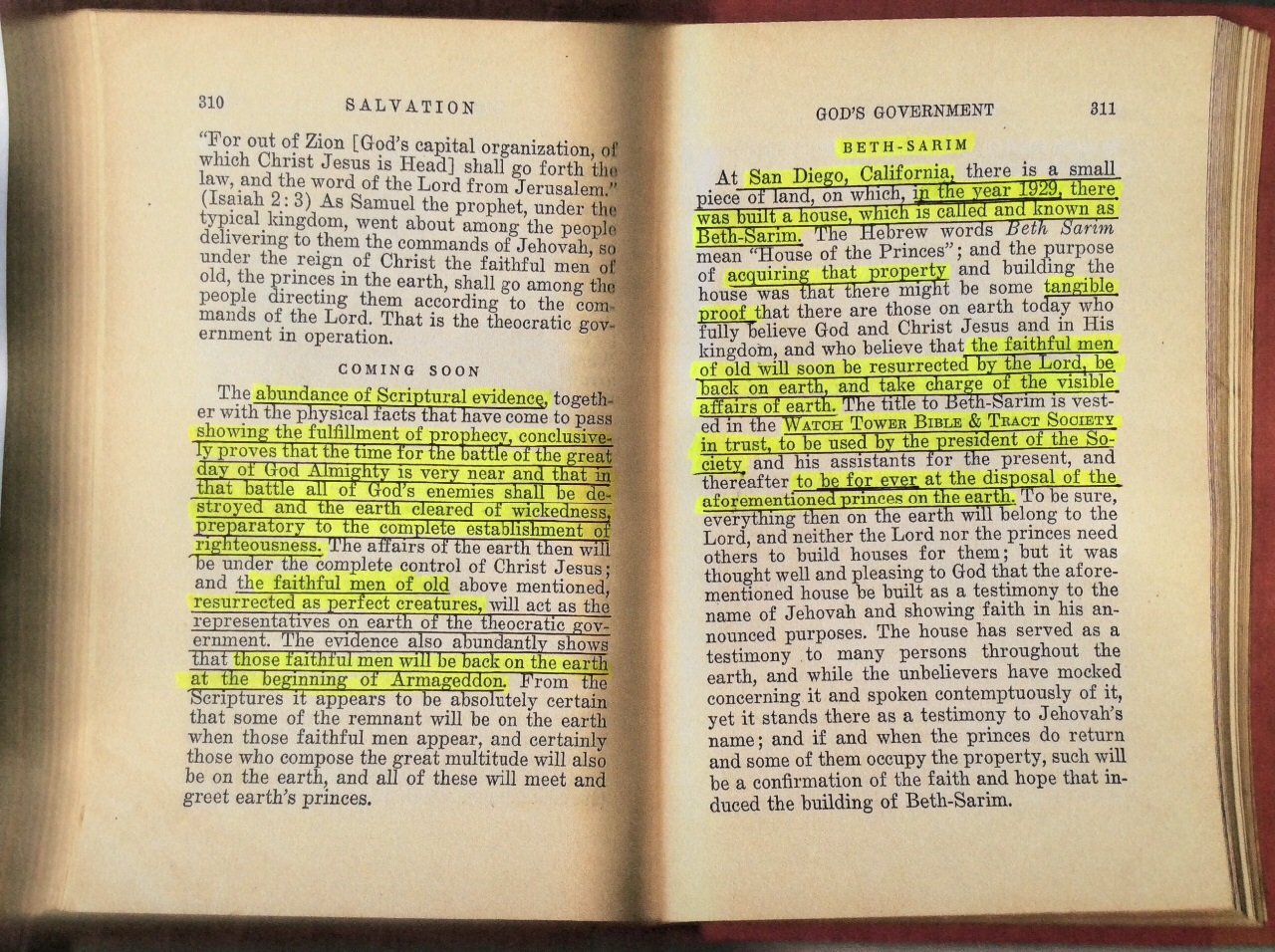